Where have PHNs come from?

The role of regional health organisations has evolved over many years, starting with Divisions of General Practice in the 1990s. From 2011, Divisions were replaced with Medicare Locals. Medicare Locals had additional funding and a broader role to develop cooperation and collaboration between health care professionals, particularly for managing chronic conditions, undertaking population health planning, identifying gaps, and in many cases, providing services.

In 2015, the role of regional health organisations evolved again, and 31 PHNs were established, replacing Medicare Locals.

Some PHNs have operated formerly as Medicare Locals, and even Divisions of General Practice; some within the same regions. Other PHNs have been established as new organisations, and/or with different geographical boundaries. As such, the history of individual PHNs in their communities varies greatly.

The role of PHNs as commissioners, rather than service providers, is a key difference between Medicare Locals and PHNs, and represents a fundamental shift in the way healthcare services are planned for and funded at the regional level. 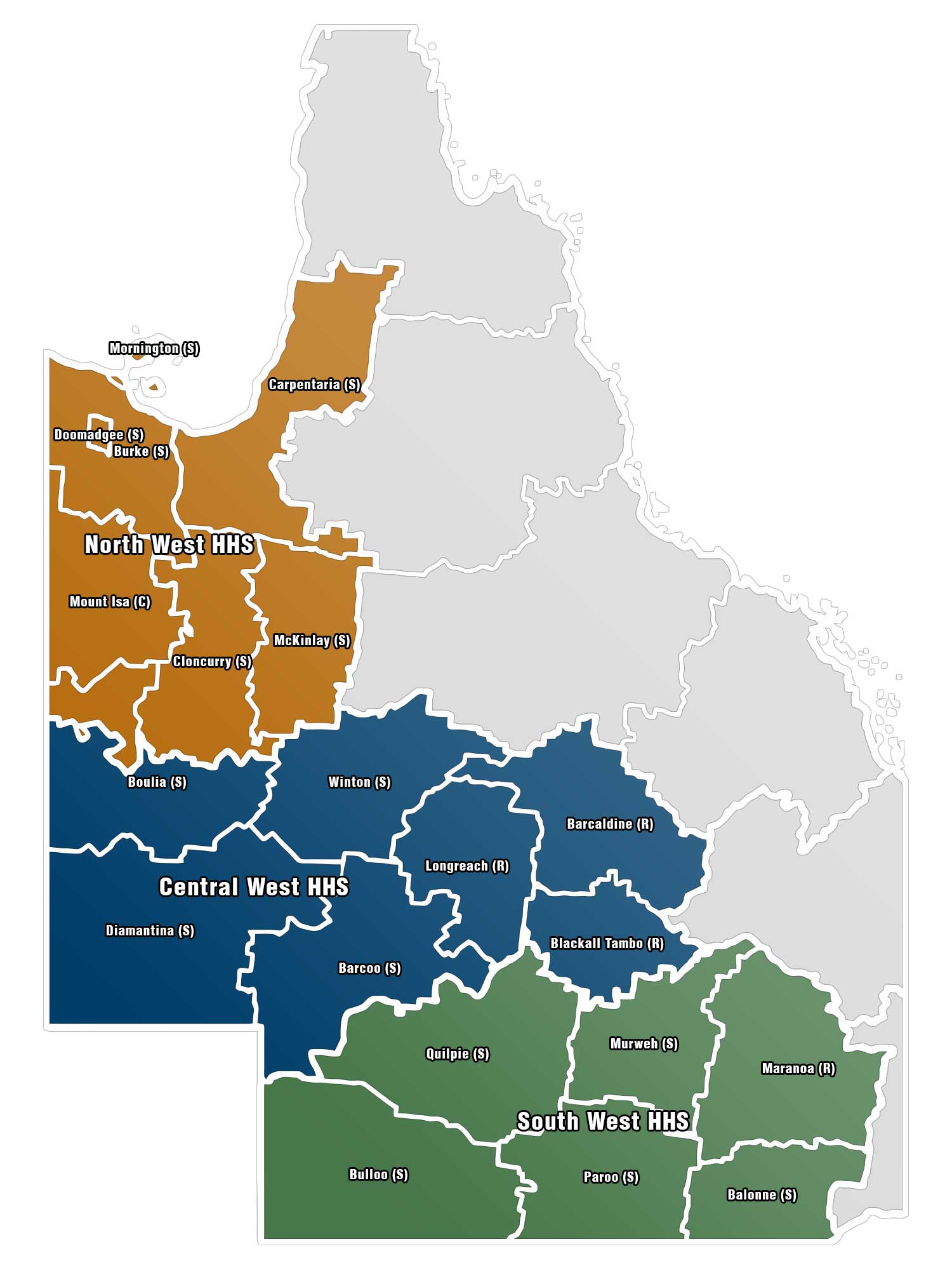 Covering more than half of Queensland, the Western Queensland Primary Health Network (WQPHN) is one of the most unique PHNs in Australia. We have the smallest population overall, and most sparsely populated region with only one person per 13 square kilometres. Our PHN covers some of the most remote country in Australia.

Our organisation developed the fundamental corporate and program capabilities necessary to ensure the seamless transition of clinical contracts and services, and build relationships across the various local, regional and State sectors to introduce the Commonwealth’s program in Western Queensland.