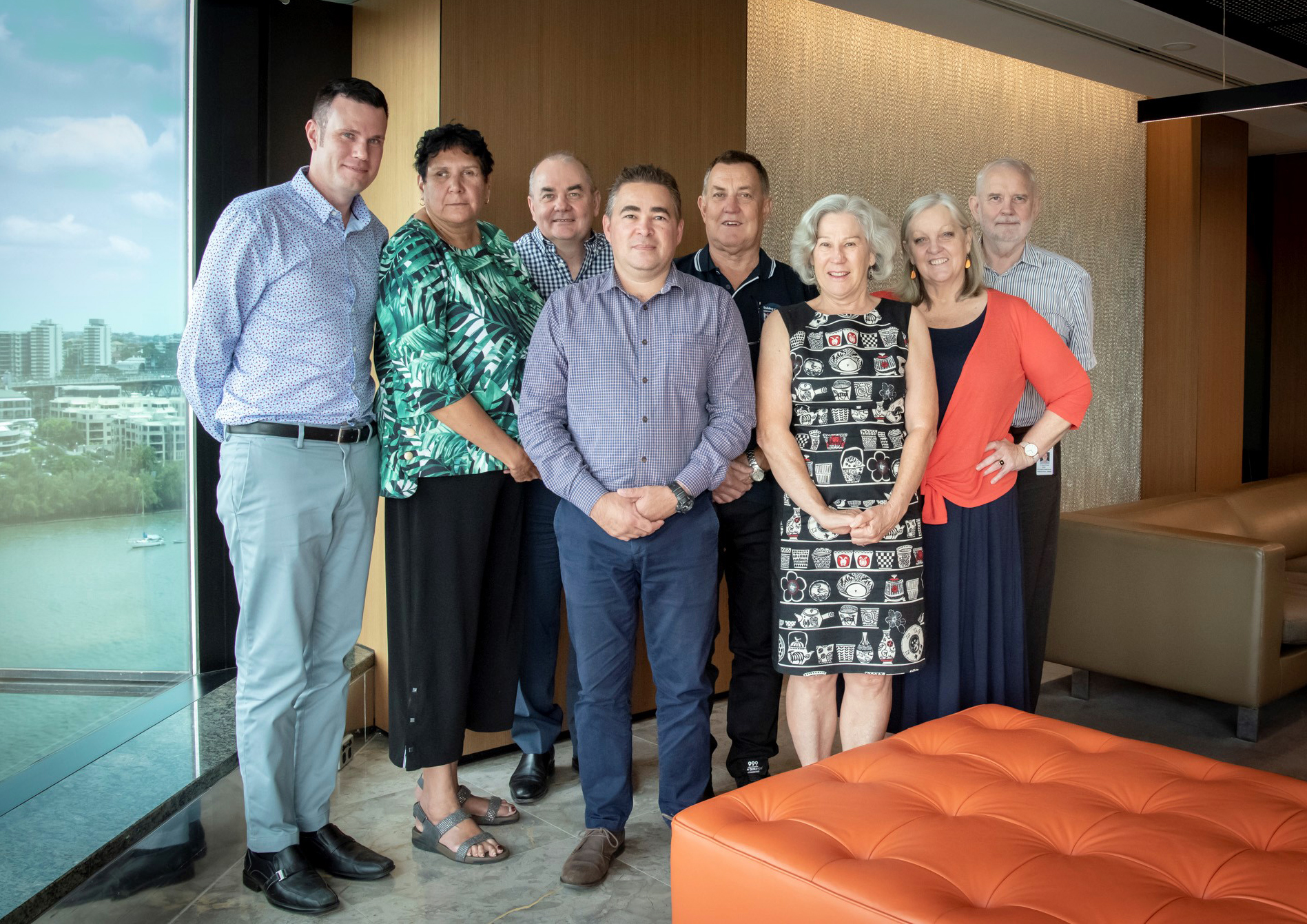 Western Queensland PHN has a skills-based Board of Directors and is a clear demonstration of the commitment of private General Practices and Indigenous partners to work with the Hospital and Health Services to overcome entrenched barriers to patient-centred care.

The Board is led by our Chair, Dallas Leon, who joined in December 2018 after Sheilagh Cronin's retirement.  Other Board Directors have a range of skills and expertise that enhance the ability of the Board to govern the company. All Directors have a strong understanding of primary care, particularly in rural and remote Australia. 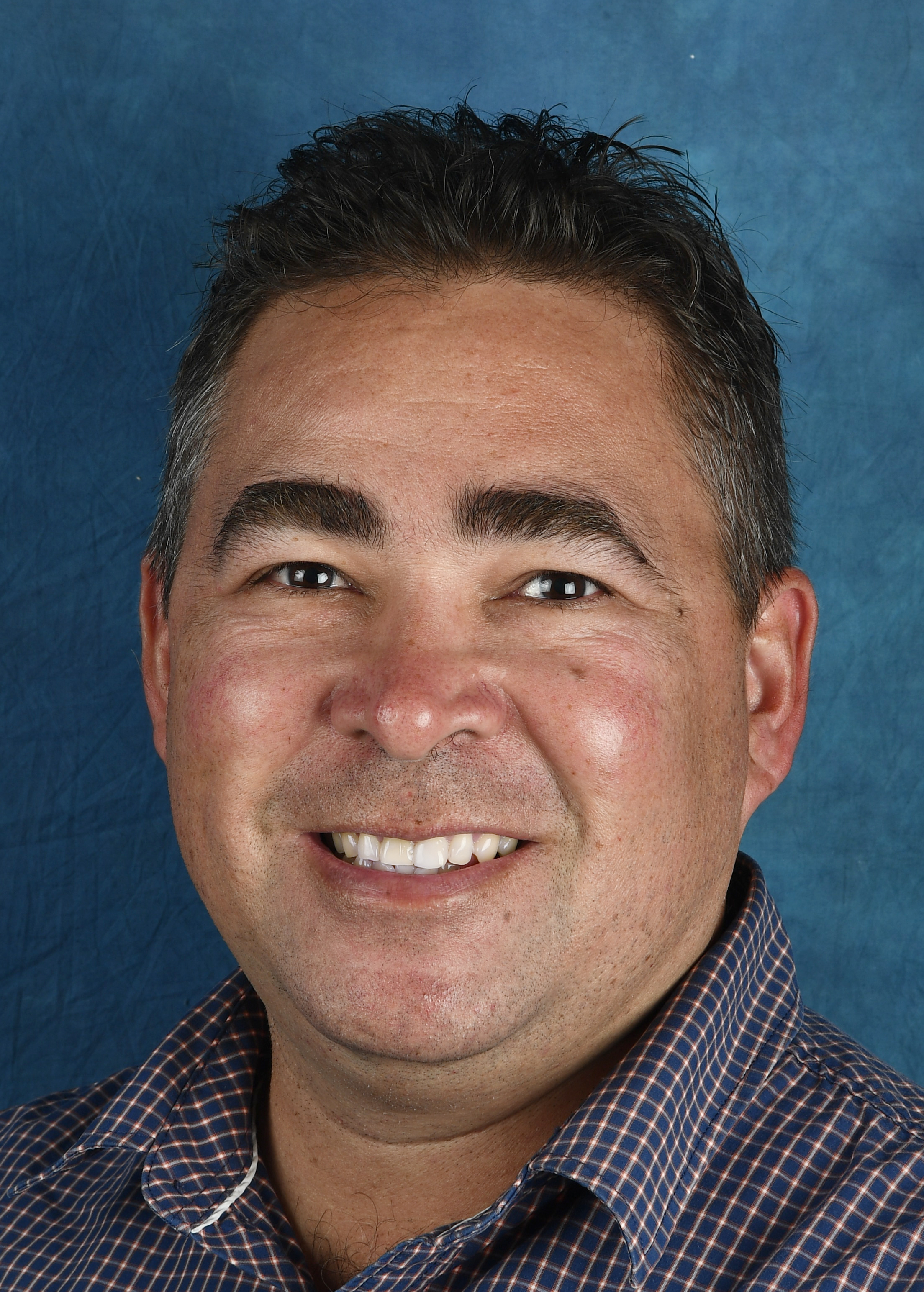 Dallas is a Kalkadoon and Waanyi man that has worked in the Aboriginal and Torres Strait Islander field for over 20 years.

Dallas has held a number of roles across Government and non-Government, including working as an Aboriginal Health Worker, a senior health manager and working on various state based and national projects. Dallas previously held the role of CEO for Gidgee Healing, the Aboriginal Community Controlled Health Service in Mount Isa, where he was instrumental in leading the reform of primary health care services for Aboriginal and Torres Strait Islander people across North West Queensland and the Lower Gulf.

Most recently Dallas was employed with the Townsville Hospital and Health Service as the Executive Director Aboriginal and Torres Strait Islander Health. In addition to his employed roles, Dallas has held a number of Directorships and been an active member of relevant national level committees. 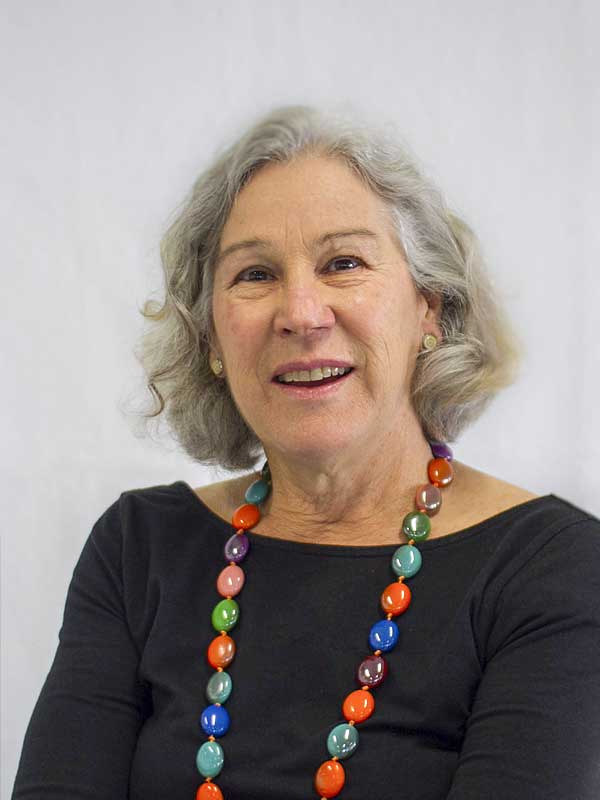 Vicki has over 35 years experience in the Health, Aged Care and Community Services sectors including the private, state and federal arenas. With qualifications in Occupational Therapy and Health Economics, she has worked in a range of health, practitioner, academic, management and policy positions.

The most recent positions Vicki has held include: Assistant Secretary, Primary and Ambulatory Care Branch, for the then Department of Health and Ageing, and as a Senior Policy Advisor for Healthdirect Australia Pty Ltd. Vicki has a keen interest in strengthening partnerships and facilitating collaborative approaches within the health and community care sector to ensure better integration of the health care system. 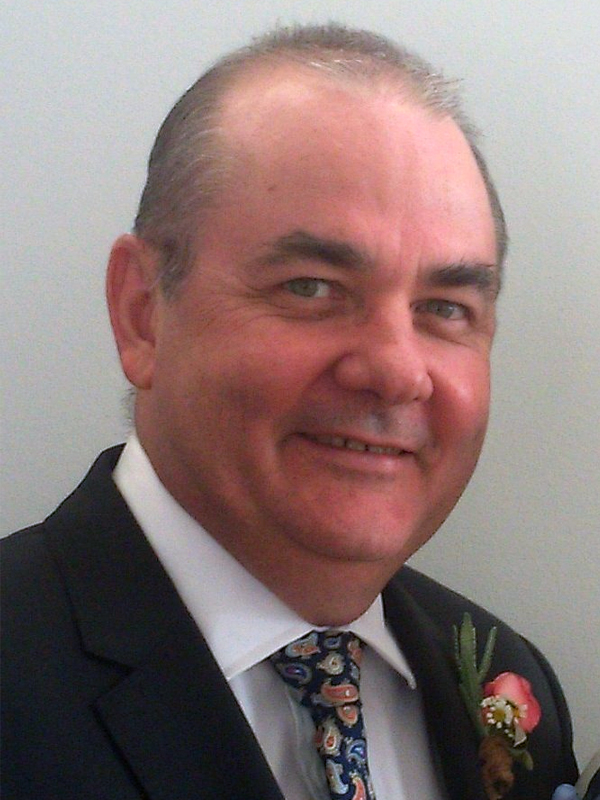 Jason Warnock currently works as the Director of Podiatry for the Metro North Hospital and Health Service in Brisbane. He performed a variety of roles for the Townsville Hospital and Health Service, including being the clinical lead for Podiatry. For more than 30 years he worked in his private podiatry practice in Townsville which included regular visits to the rural townships of Cardwell, Ingham, Charters Towers, Ayr and Bowen. He was the first podiatrist to deliver services to the Gulf of Carpentaria communities in 1996 and for 20 years attended a monthly clinic on Palm Island.

In partnership with Services for Australian Rural and Remote Health (SARRAH) in 2003-05, he undertook a Commonwealth project which later become the Indigenous Diabetic Foot program. In 2006, he was awarded SARRAH’s Squawk Award for his contribution to Australia’s rural and remote allied health practitioners; in 2016 he was awarded life member of the Australian Podiatry Association.

Jason was the inaugural Chair of the Podiatry Board of Australia (2009-2012) and awarded a Churchill Fellowship (2008) to investigate diabetic foot care services in the Indigenous communities of USA and Canada.

Jason is pleased to be able to return to western Queensland, to share his wealth of experiences with the WQPHN and the communities of the region, particularly in the area of allied health services and podiatry. 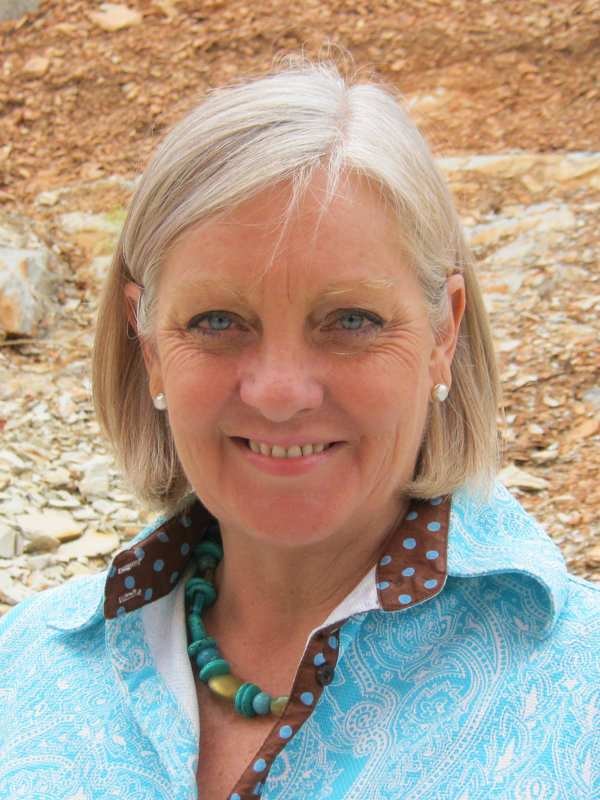 Professor Sabina Knight is an experienced remote area nurse with lifetime roots in outback rural and remote areas. A veteran of remote health in New South Wales, Central Australia and the Northern Territory, Sabina has developed expertise in clinical practice, primary health care, public health, research and education. In 1983, Sabina was one of the remote advocates instrumental in the founding of the Council of Remote Area Nurses of Australia, then the Central Australia Rural Practitioners Association and then the National Rural Health Alliance. She has made significant contribution to innovative service models, education and remote practice through the establishment of highly regarded short courses such as the CRANA REC program as well as post graduate programs in remote health practice, clinical guidelines and most recently through the development of student led service learning models.

From 1989 - 1997, she was a member of the original and subsequent CARPA editorial committees producing internationally recognised clinical guidelines for remote practice, taking over as chair in 1998 and continuing until 2016.

Sabina has been a key figure in the development of rural and remote health workforce policy and health reform. She has served on a wide range of ministerial advisory bodies and was a Commissioner on the National health and Hospital Reform Commission. She has been associated with University Departments of Rural Health since their inception 21 years ago and currently leads the Centre for Rural and Remote Health, James Cook University in outback Queensland. 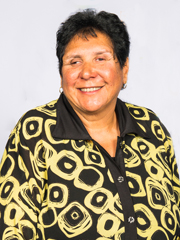 Throughout Sheryl’s career she has been instrumental in the establishment of the Aboriginal Child Care Agency (ACCA) of South West Queensland and importantly the ongoing development and growth of CWAATSICH. It is through her ongoing dedication, commitment and hard work that has seen the CWAATSICH expand service delivery and become the lead service provider of comprehensive primary health care within the Far South West region.

Sheryl was also the National representative of SNAICC and has represented her people on the South West Health and Hospital Service Health Council.

Sheryl is passionate in ensuring the future of the Aboriginal Community Controlled Health Sector and is committed to improving Aboriginal and Torres Strait Islander life expectancy. 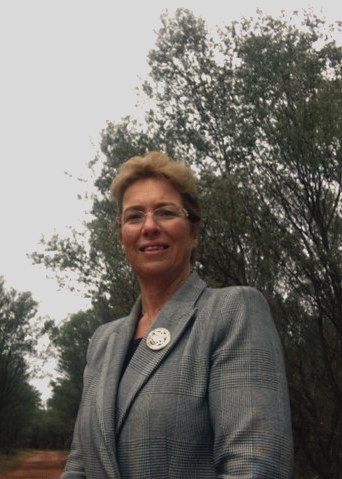 Karen was appointed a Director of the Western Queensland PHN in June 2020. She lives in Charleville in South West Queensland and has lived experience in understanding the wonderful liveability and unique lifestyle which rural communities offer.

Karen has actively sought leadership roles and representational positions where she can add value to rural communities. In addition to the WQ PHN Board role, she currently serves as Board Chair of the South West Hospital and Health Board and is Chair of the Rural Financial Counselling Service Southern Queensland.  She is also a Director with Southern Queensland Landscapes as well as serving as an Ambassador for the Queensland Plan Ambassadors Council.

Karen is inspired by visions of ‘what could be’ and the big picture of the future of rural Queensland is one that energises her.

Karen holds a Master of Education; Bachelor of Education; Graduate Diploma of Financial Markets and is a Justice of the Peace. She is a graduate of the Queensland Leadership Program and has completed governance courses with the Australian Institute of Company Directors. 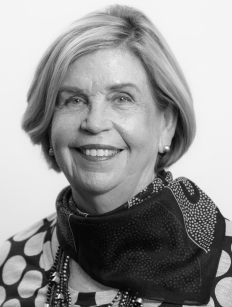 Previous work in the delivery of human and educational services has provided Liz with a wealth of experience in shaping and assessing the benefits of government programs and leading organisational change in pursuit of better outcomes. Liz’s time as Queensland Commissioner for Children and Young People and in social work advocating actively for the rights, safety and wellbeing of people as well as her senior leadership roles in government have enhanced her capabilities to provide strategic oversight and development through her role as Board Director.

Liz is currently Chair of the CWHHS Board’s Safety and Quality Committee and draws on her experience including as a practising and senior level social worker in child and family welfare; hospital and outreach mental health, emergency and rehabilitation services to inform this role.
Liz has a Bachelor of Arts/ Social Studies, Graduate Diploma in Multicultural Studies, a Royal Society of Arts Certificate in Teaching English as a Second Language and is an Executive Fellow of the Australian New Zealand School of Government. 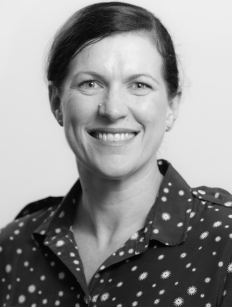 Dr Clare Walker is a medical practitioner practicing in Longreach providing a combination of private General Practice and Senior Medical Officer work at the local hospital. This provides a valuable connection to frontline healthcare service delivery through allowing Clare to translate this connection into informed strategic planning.

Having lived, raised a family and practiced in the Central West Region for over ten years Clare has developed an in-depth understanding of the community needs of rural and remote Queenslanders. Clare is committed to continuing to make a positive difference to the health outcomes for the people in this part of Queensland and sees a unique opportunity to do this by combining her work as a practicing clinician with that of the Board Director.