A group of mental health professionals who’ve completed a 16,000 kilometre motorcycle journey across Western Queensland were buoyed by the number of people they encountered on properties willing to have a conversation about mental health.

More than 20 mental health professionals including psychiatrists, psychologists, mental health nurses and social workers undertook the epic “Psychs on Bikes” journey on a quest to raise awareness about mental health within a hard-to-reach population.

“I had the stereotypical old bush stockman in my mind when I rode out to these remote properties, but what I found was something very different,” Psychs on Bikes participant and Western Queensland Primary Health Network (WQPHN) Coordinator Mark Goddard said.

“The number of young staff on these cattle properties, gap-year students, young couples who were managing these vast stations amazed me, plus the fact that most of them were willing to have a yarn about their mental health.”

“The whole purpose of this trip was to use the motorbikes to break the ice and help start a conversation about mental health among outback residents who often feel stigmatised, but this trip showed that there is definitely a greater willingness to open up, which was great to see,” Mark said.

Supported by funding from the WQPHN, the “Cattle Station Leg” of the “2021 Big Ride” wound its way from the South West of the state, through the Central West and right up to towns and properties in the North West before heading to the Northern Territory,

On the trip, the team conducted more than 300 body checks and head checks and found most property workers were very keen to be involved in assessing their physical and mental health.

“We’ve been doing these rides now for 10 years and on this ride in particular we noticed a shift in attitude about mental health, with a greater willingness to have a yarn about it,” Psychs on Bikes Founder and President Dr Joe Dunn said.

“It’s well known that young people are more open to these kinds of conversations and support, but we also encountered older people also willing to share their stories about their own challenges with mental health in the bush.”

“Stigma has always been a huge issue in rural and remote communities when it comes to seeking help about mental health issues, but on this journey we were welcomed with open arms and I think residents respected the fact that we were willing to make the effort to meet them on their turf,” Dr Dunn said.

Since 2011, Psychs on Bikes has delivered more than one thousand one-on-one health checks in rural and remote Australia, helping to destigmatise the idea of seeking help and working to identify ways people might begin the process of helping themselves.

The full media release can be found here. 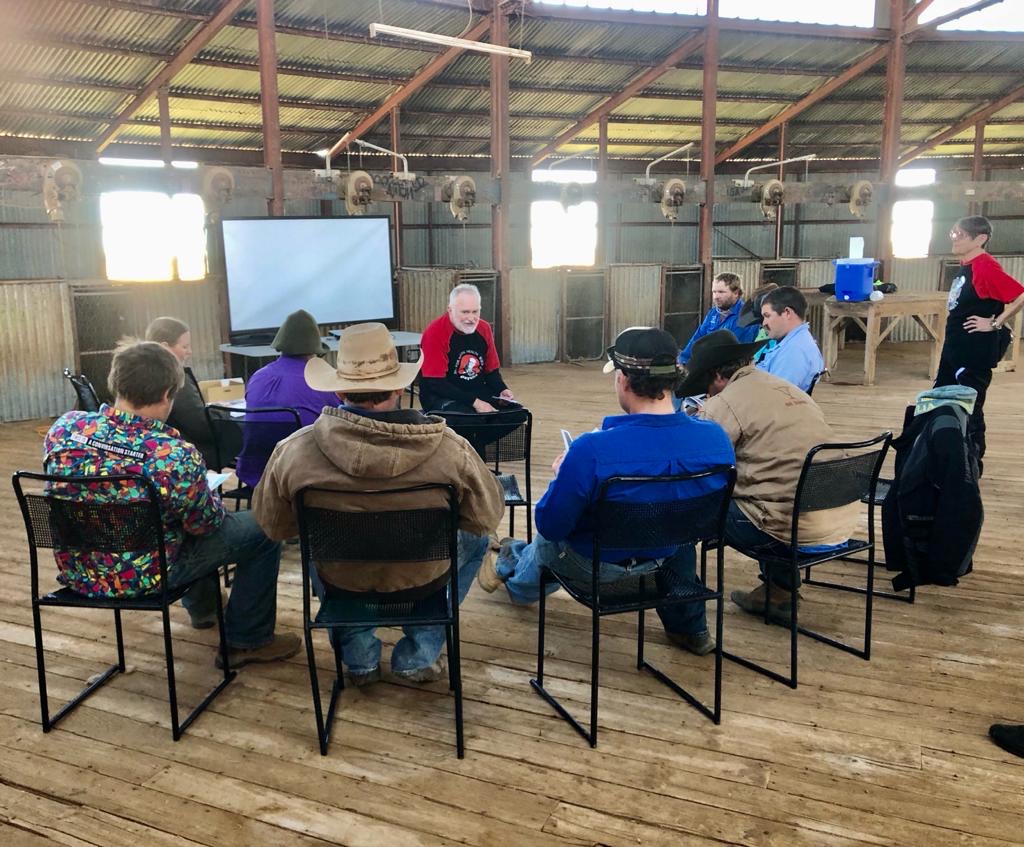 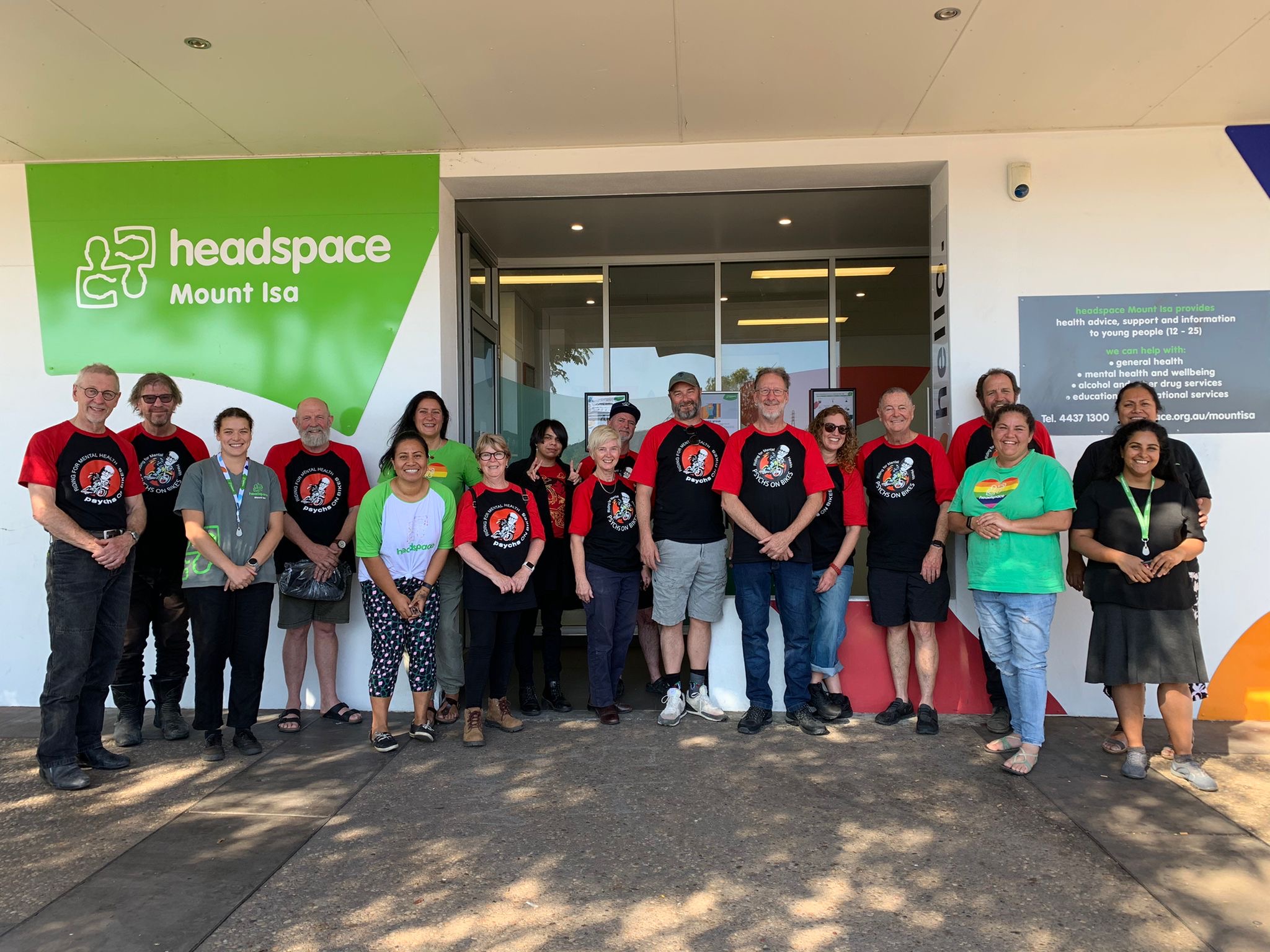 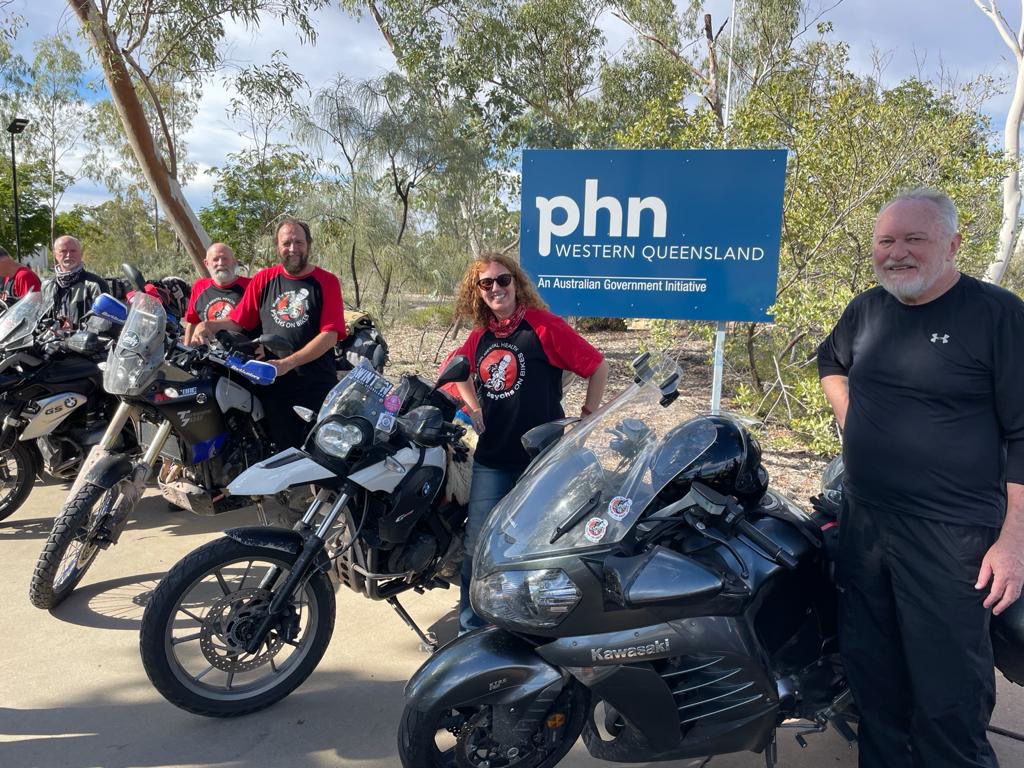 Outside the PHN office